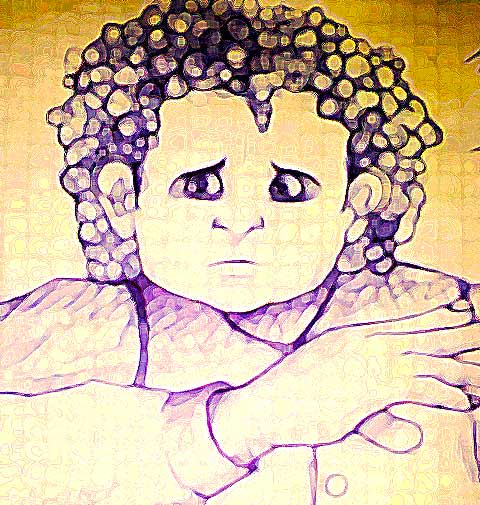 You pine for mounds of green that stew in friendly morning mists,
the furrows worried frantic turn asunder with the twists,
and turns of dodging trolls and dousing dange’rous breakfast coals,
your furry foot does blight you as another mountain calls.

Scurry down and up and round in asperous, aqueous loops,
chased by beasts with blackened blood (or other ethnic groups),
you spout reproof and peck under the gentle gardner’s wing,
dimiss him with the claim that you’re a captive to the ring.

You’ve friends from many worlds and say you speak the elven tongue,
and at climactic intervals been stabbed and bit and strung,
Yet o’er and o’er again a sceptic mind must call it quits,
‘Cause in all of Middle Earth are you the whiniest of shits.