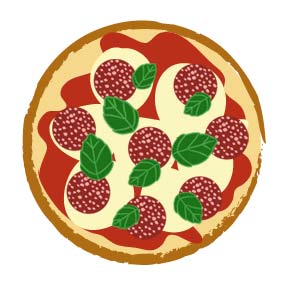 The meeting took place in the lower dining room of Dario’s. Plastic lemons, fake aspidistras, clogged toilets… an infelicitous atmosphere for anything other than privacy.

The others began wamping one at a time into the WC. The pilot, the failed rocker, the one-eyed politician, the medieval librarian, the knife-throwing accountant. They stumbled out of the cubicle, arms and heads gyrating as though wrestling invisible octopodes, and hung their jumpsuits on the wall, over the yellowed paintings of Naples. We were as different as we were the same—lined faces, crooked legs, clipped fingernails—our universes had left their signature marks, but still we shared the same misanthropic grin, the same, simple acknowledgement that life will not only take capricious and inconvenient twists, but will do so at every opportunity.

The cyborg arrival rattled the glasses. He stomped to the table, galactic gore steaming from his shoulders.

“Show off without a jumpsuit,” drawled the pilot.

Somewhere in the background, a Casio keyboard squeezed out Volare on continuous loop.

Dario waddled from the kitchen loaded with bottles of Lambrusco and bread baskets. “Bufula. Finita,” he grunted.

“What?” the politician said, his one eye blinking as though trying to trap dragonflies.  “Do you mean I cancelled on the Velpraan Chancellor for nothing?”

The restaurateur shrugged and wiped his hands on his greasy shirt.

“No Bufula,” the politician spat. “I mean, what’s the point of this universe?”

“Someone stepped out the wrong side of a wormhole this evening,” said the accountant.

Something popped, and we all looked at once to the corner table where the rocker sat. “What?” he said, and spat a cork into the bread basket. “It’s not going to kill us.”

“Not yet,” muttered the politician. “I swear you’re paying for the next liver transplant!”

I tapped the side of my glass. “Let’s get started, shall we? Looks like we’re all here,” I said.

“Here’s to surviving,” the rocker cheered, and guzzled half the bottle. Somewhere deep in my entrails, I felt the phantom alcohol slosh against my capillaries.

The pilot raised a hand, prompting a chorus of ‘here-we-gos’ and ‘not-agains’. “I had a close call with a comet,” he said, blushing. “Wiped out my ship and crew. Sorry. I’ll be more careful next time.”

“Thanks for your honesty,” I said, and everyone nodded.

The politician clicked his tongue. “And the little matter of someone’s near-fatal heart attack?”

The rocker coughed. “Who’s attacking?” he said, surprised again to find everyone staring at him.

“You know what I’m talking about. Do you even have medical professionals in your universe?”

“Nothing to worry about,” the rocker replied, beating his chest weakly, “That transplant from cyborg fixed me right up.”

The accountant waved his knife in my direction. “At least there are no new members this year.”

A nervous static filled the air, bounced from one man to the other, and then to the temporal disruption cube, which was humming at the centre of the room. I flicked through my notepad, looking for a point of discussion, a philosophical quip to even out our multiple personalities. The pages were blank. “There were no events of quantum significance,” I said, my voice breaking on ‘quantum’. My hands were shaking.

“Good, I couldn’t bare to see another version of myself,” the librarian snorted.

“Not to mention the fact that each time he,” the pilot pointed at me, “forgets to wipe his behind, our survival chances get a little thinner.”

“Or is dumped by his girlfriend.”

“Or when the market crashes.”

“Good,” the politician said. “Because we all know what happened last time you made a big decision.” All eyes fell on the rocker.

“Oh yeah, blame the mid-life crisis,” the rocker drawled. “Better than being the result of a car crash, man. ‘The car-crash president’ they should call you.”

The room grew predictably rowdy with the huffs and shouts and jeers of my own voice, latticed with the acquired accents of the polycosmos. “Let’s face it,” the accountant shouted over the din. “We’re only here because we trust each other as far as we can vomit with our mouths sewn shut. Don’t pretend we’ve not all thought of mass suicide at least once this cycle.”

“Oh, please. Someone get this man a tissue and a new alternate history,” the politician groaned.

The librarian stood up and slammed his bible on the table. “Suicide is the selfish option! And a sin! Kill yourself and you kill us all. How many times do you need it explained to you?”

I tapped the wine glass again, this time cracking it. “Please, gents. Look, I’ve done my best to stay out of trouble. No rash decisions. A cabin in the woods, Reader’s Digest. It’s worked—so far. But I can’t know when a split will happen. It’s random. Cyborg’s universe forked because I missed a dentist appointment.”

“Who knew bad dental hygiene can lead to advances in human-robot symbiosis?” the politician said dryly.

The pizza arrived with extra anchovies, on account of the missing Bufula. The accountant tried to negotiate a twenty per cent discount, but gave up when he realised everyone else was eating. After everything—the decades lost, the forked destinies, the shared agonies, bloated memories and wet dreams—our appetite for wood-fired animal fat and sourdough still bound us together. Despite what they say, taste does transcend multiple dimensions of spacetime.

The rocker sidled over to me, his breath hot with Lambrusco. “Not hungry?” he said nodding at my plate.

I pushed the half-eaten slice towards him.

“It’s not like you,” the pilot said. “We’ve never turned down pizza before. Look, even cyborg is eating, and he doesn’t have a stomach!”

Plates were licked, bottles emptied, and the mood settled into a swampish funk. I opened my notebook, licked my pencil. There was nothing to write. Not anymore.

“Well, that’s it, I suppose,” said the politician wiping his mouth. “I’d best be off. You know how I like visiting, and it’s lovely to see us all alive, but frankly, I find this universe… unsavoury.”

The rocker raised his glass to sing the traditional metal-themed toast. But instead of a song, a strangling croak exited his mouth. The glass shook in his hands, fell and shattered on the floor. Then, one by one, my doppelgängers clutched at their necks, spat blood, and collectively wet themselves. My own face exploded in pain, mucus and blood, but I kept my eyes open… just to make sure.

The cyborg was the last to drop, his circuits buzzed and melted over the red-checkered tablecloth, and he squeaked a final ‘why?’ before slamming his metal head on a plate of uneaten crusts.

Maybe I should have explained, tried to convince them that it was for the best — that lives lived apart, no matter how rich, lives lived vicariously, were still lives unlived. Sometimes you just have to swallow your breadstick and hit the reset button. But it was too late, my eyes closed to slits.

Before the fade to black, I heard a wamp, then spied a glittery tear at the centre of the room. Fingers were scratching their way through. I waved before I fell into the vacuum.

And then I woke. Oxygenated and heaving at the blur of a new world. I wiped the plasma from my limbs, and went to deactivate the cube. The dead bodies immediately de-atomised, swirled to purple ether, then tornadoed into a pinprick and vanished.

Dario entered the room, and handed me the bill along with the rest of the quantum disentangling acid. “I guess it mean no more meeting?”

“Depends.” I took the bill. “You charged for Bufula. I thought you said you were out.”

Dario thrust his chin at the tables. “They die. I not waste Bufula on dead people. Wait.” He wiped his hands, went back into the kitchen, and came out carrying a takeaway box. “For you,” he said. “Bufula bellissima.”

Without thinking, I took the pizza and handed him the cube.

I waited for something to happen—an unexpected wamping, an awful splitting of space. Nothing. Nothing but the silence of a universe reborn, and the velvety aroma of baked cheese.