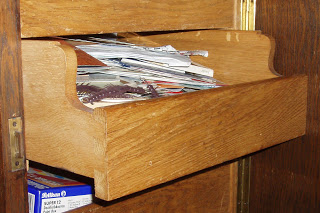 Writers of every genre will recognise the scourge of familiarity; the sense of intimacy with your own work which is so great that it renders your powers of objectivity impotent. Does this story work? Have I chosen the right phrasing? What should I cut? The questions keep coming but no one answers.

When I’m working on a piece, particularly a short story in which every paragraph must count for something, I often lose all perspective. And returning to the page every day only seems to make the condition more acute; proximity threatens to destroy creativity, like a magnifying glass burning ants as it concentrates the sun’s rays. The pressure to produce and finish stories leads to unsatisfactory conclusions or improbable characters, and I think that sometimes I’m writing simply because I feel I have to and not because I want to… or can, for that matter.

So what do we do? If we’re attempting to have our short stories published, we have to finish them, yet we don’t want to run the risk of submitting pieces, which behind the veil of acquaintanceship, appear passable, but after a considered reading turn out to be mediocre.

Most writers will say that they themselves are their worst critics, but maybe it’s because their inner critics come armed with prejudices and expectations which no external reviewer does. Not being able to take a step back and critique your own writing impedes, in my opinion, the most influential editing round of any body of writing, short or long: your own.

Writers who have an established relationship with an editor may collaborate after the first draft, and be rewarded with an equanimous and industry-based opinion on their work immediately. Unfortunately, first time authors don’t have this luxury and must rely on their imperfect brains to drive the editing process.

Work on forgetting your work

When assessing your work, you need to develop a sort of ‘literary agnosia’, by which you detach yourself from your writing through a temporary block on the faculty to recognise your own work, and read it with the eyes and emotions of a reader looking upon it for the first time.

Agnosia describes the inability to perceive sensation, for example, a loss of sound or sight recognition, where there is however, no apparent damage or defect to the brain or sensory organ in question. Forms include tactile agnosia, or the inability to discern objects by touch, or finger agnosia, by which the sufferer cannot recognise the fingers on his or her hand.

To invoke a state of literary agnosia, we have to rely on the shortcomings of our brains. Over time, memories degrade, impressions fade. Everyone will know the feeling of coming across a photo they’ve not seen for some time: Was I really that young? Can it be that I wore such unfashionable attire?

To achieve this effect in reading and editing our prose, or to come close to it, we must therefore archive our newly-written story (or half-written story) until, like cheese in a dark cave, it transforms into something unrecognisable – an object we can appraise with a measure of impartiality.

When asked how he handles revisions of his own writing, Neil Gaiman said,

The best advice I can give on this is, once it’s done, to put it away until you can read it with new eyes. Finish the short story, print it out, then put it in a drawer and write other things. When you’re ready, pick it up and read it, as if you’ve never read it before. If there are things you aren’t satisfied with as a reader, go in and fix them as a writer: that’s revision.

There are similar quotes by other authors of short stories to the same effect.

To maintain productivity while you work on forgetting your work, get on with something new while the freshness of your story dissolves.

It works. Try it.

The author as his own reader

Can an author ever succeed in becoming so unfamiliar with his or her own work that he might achieve the innocence of a reader? How long must they hide their stories until they can read them as we do? One would assume that in the case of novels, which require years of writing and preparation, it’s impossible.

But what if there were a more immediate solution? One that would allow us, over the course of a few days to both write and edit short stories with a fresh perspective? Through drugs or hypnosis, could we really simulate literary agnosia and, if we could, what impact would it have on a writer’s output?

It’s a theme I attempting to explore in a short story. One which, most appropriately, has been sitting in the digital shelf for several months waiting for inspiration and my forgetfulness to hammer it into something readable, and one I now foolishly present to you in the glorious stage of ‘the first draft’.

Who knows when literary agnosia will set in and I will be able to shape it into something I can one day submit?

Read the not-yet-wiped-from-my-active-consciousness The Book, the Machine, and the Corpse of her Values

One thought on “Literary agnosia and the short story”