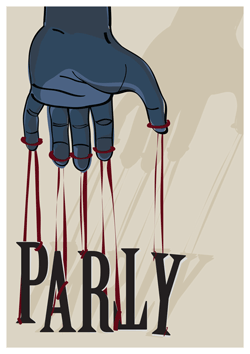 It’s 8:30 in the morning — a summer morning if you want to be all chipper about it.  I’m strolling up the main street in my neighbourhood, sunlight filters through the elms onto the newly laid cobblestones.

I notice a man in paint-splattered boots enjoying a breakfast beer on the park bench. His arms are covered with faded dragon tattoos — the kind that indicate age and lack of foresight. Around him, a flock of sparrows bounce to and fro like popcorn on a grill. Someone occupying that bench before him had started the day with a flaky mound of dough from the bakery across the street. Whether he has just finished work or is on his way isn’t clear, but when he rises to leave, he places his bottle neatly underneath the rubbish bin at the end of a row of empties. Someone will be along shortly to collect them for recycling money.

“Guten morgen,” I say. He nods a greeting. I continue my walk, trying to absorb as many details as possible. Who knows when I’ll be back?

A stream of cyclists prevent me from crossing the road; they in turn are preventing a line of cars from driving faster than 20 kilometres per hour up a busy road. Painted on every face is a picture of passivity, as if they should have expected this when they woke up this morning.

Then it occurred to me why I hadn’t written a single word about my adopted city in the four or more years I’ve been here. It wasn’t because Berlin isn’t interesting; no one can say that without fear of being hit with an elbow patch by the closest historian or hipster. It isn’t even due to that feeling you get in cities such as Paris, where the ambience is so rich and lasting that you cannot believe that words remain to be written (at least ones that haven’t been made up, such as piffwizzling); Germany’s capital underwent radical changes during the 20th century and she is still in the process of putting on her make up and getting ready to once again strut her smutty stuff on the continent — there are libraries yet to be filled with books describing her grandeur.

No, the reason Berlin had not prompted me to pick up a pen or smack my fingers against a keyboard was because this city is a place that simply lets you be. It says to you, “Okay, you’re here — good for you. Grow a mullet, hang tampons from your ears, dance naked around a flagpole and call it post modernism (maybe you’ll get a scholarship to an art school), open up a Polish poster shop or speciality tea store that stocks only three flavours, see if I care.” Newcomers will notice the usual dichotomies of old and new, rich and poor, smart and not so smart; once you’ve lived here for a while however, you start to forget, first that they exist, and then much later, why you paid them so much attention in the first place.

And after four years of rushing my way through several European cities, with nothing but an expensive guitar and a cheap suitcase to show for it, asking myself if there would ever be a time when the wanderlust would drain from my system, I simply allowed life to do what it does best: happen.

And Berlin lets it happen.

A far cry from the German stereotype of stuffiness and regulation, Berlin has become a city that can tell you with a straight face that an empty ground floor in an suburban apartment building is an art studio, and that starry-eyed anorexic huddled over a cold cup of coffee writing poetry is the CEO of a technology company. Just go with it, there’s no need to analyse.

So I went with it. You need the extra time to learn German anyway, decipher the contradictory and zealously policed road rules, and in between try to work out what it is that makes the people so simultaneously optimistic and cautiously anxious about their place in the world; one in which cuisine is not cuisine unless it contains potato or a gherkin.

The contrasts between the industriousness and clean walls of the south, or anywhere else in Germany for that matter, are no more striking than in modern Berlin. Apart from the legions of talentless graffiti artists who are out there each day spraying their mark on inner-city bollards, you get the impression that no one really works here at all. At eleven in the morning, the café tables are filled with readers and starers and dog walkers; families stroll down the wide avenues as if they’ve just stepped off the set of a daytime soap opera, and the queue at the post office is long enough to compete with those in front of an Apple store at pre-order-time.  This is not to say that Berliners aren’t hard-working; they are. It’s just that they seem to pull off assiduousness like a hot dog eating champion eating a cracker.

Much of this attitude can be attributed to the flocks of newcomers to the city, many of whom make their nests in Berlin’s latest and grooviest artist ghetto, Neukölln. If there is anywhere I could comfortably make a fool of myself without getting embarrassed or arrested, it’s south of the Spree river. The people you see in Neukölln pay less for rent each month than they do on food, and still manage to stay fashionably undernourished. They’re the people who say they work three jobs but always appear to have an excess of free time; who are happy drinking warm beer and grilling their sausages on the underside of a hub cap; who have dogs named ‘Spider’, ‘Anton’ and ‘Lonely Moon’ and are so apt at finding out who sells weed and where, they could find a dealer while flying over the Arctic Circle in an air balloon.

Many of my acquaintances in Neukölln were either Europeans who had fled their own countries looking for economic opportunity, or stultified Germans trying to escape economic opportunity. Our weekends consisted of feverishly checking Twitter at five o’clock in the afternoon, and waiting for the 140 characters that would reveal the name of the abandoned warehouse where the latest garage band from Norway was going to be playing that evening. We drank beer while we waited. We drank more beer on the way to the gig, and when we got there… you guessed it: we were plastered. On Sundays we might don our best 1970s tennis shorts and follow the snake trails of people to Mauerpark, the East’s biggest flea market that also doubles as a junk yard. There are rows and rows of heterogeneous stalls just waiting for people who pretend to be interested in rusted serving trays and textbooks from the times when the East German government’s idea of an open mind was one that didn’t do much thinking at all. We’d huddle around the grandstand drinking vodka and Club Mate (a soda drink inspired by the tea drunk in South America, which, with its bright yellow hues and 10 tablespoons of sugar per sip, looks and tastes nothing like the tea drunk in South America) and sing along with amateur karaoke performers. By the end of the day it was impossible not to know the lyrics of every Robbie Williams song ever recorded.

Not one of my days in Berlin has been the same, yet they are indiscernible. They are like a string of brilliant pearls; the individual beauty of each component is eclipsed only by their assembly. You’d be right in accusing me of nostalgia, but good times do that to you; good times in Berlin more so. When you come to this grand city, you’ll look around and see a curdling mix of the then and the now and the right now, and, like me, wonder what will become of it all. Do all these confident Berliners actually know what they’re doing? Or are they merely winging it and hoping for the best like the rest of us are?

Either way you can’t blame them. Like the mother of a small child who doesn’t know if her newborn’s babble is a sign of intelligence or a latent sickness, Berlin may at times furrow its brow in confusion, but it never misses an opportunity to experience and, more importantly, savour what it has created. Nothing is forced. Why would you want it any other way?

Disclaimer: the dichotomy of seasons

The only limitation to this laissez-faire lifestyle relates to the meteorological. When it comes to the weather, things are either looking up or down, or, if you’ve spent the previous evening throwing shots of vodka down your oesophagus in a Kreuzberg café, sideways. The same people who are today riding down the footpath on ten euro bikes whistling ‘Here comes the sun’, are a couple of months later kicking through mountains of icy grey sludge with their snow boots cursing George Harrison’s over-assessment of the situation. One minute you’re laughing about the price of raincoats and the next, the pages of the calendar have raced to November and you’re left wondering why the heating in your apartment doesn’t have a tropical setting. As an Australian, it was a shock to have to sit in a freezer for five months of the year after a summer that barely rubbed the nipples of 20 degrees. But after my second or third winter, I did, as they say, get over it. Or at least I stopped taking it so personally. After all, life just is, remember?