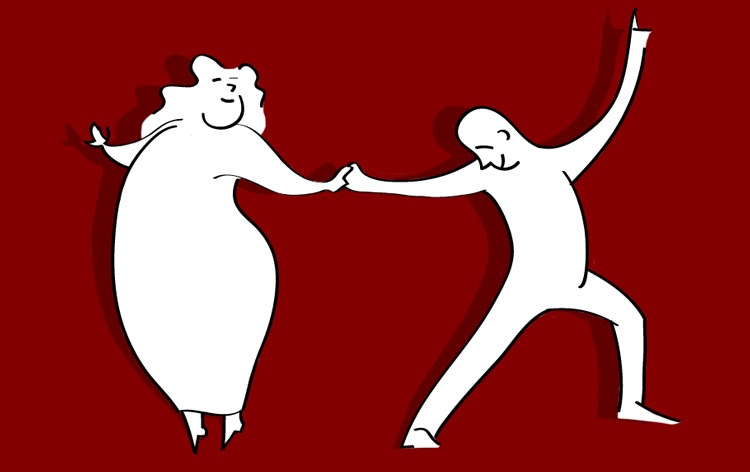 Millicent was about to leave for golf when they called asking for Terence Browning’s next of kin. ‘Mrs Browning’, she assured the nurse, had not existed for years.

“I have the records here in front of me,” the nurse replied.

In the antique cabinet she kept in the sitting room, Millicent had records of her own—records which proved she owed no debt to one Mr Terence Browning, nor had any obligation to get into her BMW and drive three hours down to Romford on the first sunny day in a month. But for reasons she could not explain, she cancelled her game and did exactly that.

The walls of Ward G were worn grey from years of scrubbing. The smell of bleach and wet laundry filled Millicent’s nose as she passed the swaddled bodies towards the curtained off area and bed G45. She brought a handkerchief to her nose and wondered, just for a moment, if her ex-husband might already be dead. A tightness invaded her throat. What’s come over you, Millicent Rolle? But when she peered inside, she saw a mottled arm twitching against a mound of white linen.

Flesh stiffened around yellowed eyes. “Milly,” Terence said through a mouthful of tubes and saliva. He made a weak grope at her. “They said you were in Doncaster. Whatever were you doing up there, love?”

According to Terence, it wasn’t the blood clot that had sent him sprawling to the floor of the hardware store, it was the number on the front of the till. “Forty quid for a set of bath taps. I just couldn’t bring myself to do it, Milly.” Everything prior to that event had simply ceased to exist: the divorce, the silence, the bounced cheques, Professor Hugo Parker. A whole decade forgotten in a single stroke. Millicent ran out of fingers trying to work back to where his memory had retreated, and, at every critical episode, Terence waved her away as if she were telling him down was up and black was white. Doctor Zamani’s attempt was no more successful: tapping a red fingernail on her clipboard, she performed a roll call of maladies—high blood pressure, under nourishment, alcohol; at the word ‘age’ Terence rolled his eyes and asked, “Are you sure you’re a doctor?”

In the afternoon the nurse finally gave Millicent the release form and assured her that her husband’s condition would improve quickly. “The hospital wheelchair has to be returned within thirty days,” she added and placed a stack of nursing home pamphlets on the counter. Millicent signed the form, underlining her maiden name with two bold strokes.

“I’m looking forward to being home again, Milly,” Terence said in a strangled wheeze as they made their way in the sunshine across the hospital car park.

Legally, half of 32 Barnstaple Road was hers, but when she pushed Terence up the drive, she wasn’t sure which half she wanted. The yard had capitulated to the encroaching concrete and weeds; the rubbish bags that lined the brickwork had burst and spewed their contents onto the soil; in the bushes lay several empty picture frames, a dartboard, and a dozen tin cans filled with rainwater. The whole shabby scene looked like the remains of a long and profitless garage sale.

Inside was as dark as winter. Millicent had to kick a path through empty boxes and completed crosswords to get to the kitchen.

Millicent watched him struggle for a few seconds before pushing him back into the chair. “Wait here. I’ll be down in a minute.”

Alex’s room was just as she remembered, although darker due to the silver birch that had grown unchecked outside. She flicked the light switch. The bulb was dead. Her son’s bookshelf was crammed with sociology textbooks and comics; a guitar lurked in the corner under a cloak of dust, and the Union Jack hung lopsided on the wall above the bed. Would he still want any of it? Not after all these years. Moving quietly upstairs, she poked her head into the master bedroom to see if Terence had reclaimed it since she’d left. From the piles of rolled up clothes and loose papers lying on the bed she guessed he had not, and was still sleeping on the sofa. She beat at the dust with her handkerchief. It would all have to go, this incurable mess. Everything would have to go.

Downstairs, she found Terence hunched over and squinting at a crossword.

“Good heavens! You should be ashamed at the state of the house,” she snapped. A look of puzzlement came across Terence’s pale face. “There’s dirty laundry piled up everywhere and the toilet looks like it’s been used by a family of baboons.”

“What do you mean? It was you who hired that cleaning lady.”

“As useless as a chocolate teapot, she was.”

“She’s died of liver cancer a year ago.”

“No wonder the place is in such a mess.”

“You’re the one who’s in a mess,” Millicent said and tapped her head. “Wait until Alex sees you. You do remember your son, don’t you?”

“Course I do. He… he went to live in Auckland. That’s right.”

“And what about after that? About what I told you at the hospital?”

Terence pondered the question. His bald head shifted in small movements, this way and that; the left-side of his face tilted as if all the thoughts in his head had stacked to one corner. “But if we’re divorced like you say,” he said and held up his left hand, “then why have I still got my wedding ring on?”

Why does he? Millicent rubbed at the smooth ring of skin around her own finger until it flushed white.  Unlike her, Terence had never moved on. He’d not wanted her to leave—he’d said that much to her before she’d walked out—but never did he fight for her; not once did he run after her, or call her, or threaten to punch Hugo in the face. He did what any tired, sixty-year-old man would have done after forty years of marriage—he let her have her way.

When she looked up, she saw that Terence’s trembling hand was still in the air. “Don’t worry, Milly,” he said, the skin between the points of his collar wobbling, “things will be fine, you’ll see.”

Millicent bit her lip. For you maybe.

As she scrubbed the old kettle, thoughts of pork dinners, broken china and cheap Chardonnay filled her mind. She concentrated on the radio. A bomb had gone off; elections were being held somewhere else; they expected bad weather in the capital, a storm perhaps. She reached into the cupboard above the refrigerator for the tea and sugar. The share market was up. Manchester had won again. When she closed the cupboard door, she noticed something was out of place. On the refrigerator door, attached by the London Eye and several of Terence’s old promotional magnets—Terry’s plumbing! We’re plumb mad!—hung a cream sheet of paper: a letter to Mr and Mrs Terence Browning, written on thick, textured card and embossed with the royal insignia of Queen Elizabeth the Second.

“What’s this?” she gasped and scanned the words on the page. In elegant cursive, the letter explained that Terence and Millicent Browning had been selected from hundreds of couples celebrating their fiftieth wedding anniversaries to attend the Queen’s summer Garden Party at Buckingham Palace. The event would take place on the thirtieth of May. In two days.  Millicent bit her lip and counted backwards. Yes, it would be fifty years this November… or would have been.

Millicent yanked the invitation from the refrigerator, sending magnets skating across the linoleum, and dropped it in Terence’s lap.

“How long has have you had this?”

“Fifty years? Are you sure they got it right?”

“You should have told me about this.”

Terence shrugged. “I didn’t? I thought you usually took care of these things.”

Millicent snatched up the invitation and rushed to the telephone. She dialled the RSVP number listed at the bottom underneath the crest of Buckingham Palace. Yes, they were still on the list, ma’am. No, they hadn’t yet RSVP’d, ma’am. Do you need any special assistance, ma’am? Don’t forget an umbrella, ma’am—the forecast is for London weather! And before she could say anything to the contrary the speaker hung up.

“Doesn’t anyone update their records?”

“I don’t know, love. They’re all too good for people like us, that lot.”

They said nothing for a moment. Millicent looked to the cellar door and remembered the Golden Jubilee crockery she’d wrapped in sheets of Daily Mail before she’d left. Plates and saucers Terence would have certainly used as platters for cheese sandwiches and pickled onions if she’d not packed them away. Hugo would have made her throw them out had she brought them with her. Hugo had been like that. He was an academic after all.

As she fixed the invitation to its place on the refrigerator, the kettle began to whistle. “I suppose I could be Mrs Browning for just one more day,” she muttered to herself. Could I? 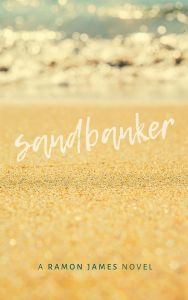